I have been involved in the Kids Eat Right Campaign since 2012. The obesity epidemic in Mexico, in which one in every three children are overweight or obese, made me realize the importance to prevent and fight this disease since childhood, as this prevalence increases to three out of four adults over 18 years old.

So far, I have had the opportunity to translate and adapt several KER tools and implement them in different Mexican populations. In this case, the RD Empowered Parents for School Wellness program promotes wellbeing at schools by providing information related to a healthy school environment to parents in a workshop. One of its main objectives is to emphasize the relationship between proper diet, exercise, and academic achievement, through several activities and materials to encourage parents to be active agents of change among their peers.

The program includes several materials: Leader guide, Simple Facts about School Meals, Academic Success, Making the Case, Wellness Impact Brief and a Myth & Fact Quiz. These tools are to be used in a one hour and a half workshop, in which parents learn and discuss about the benefits of healthy eating, physical activity and school meals on children’s academic and personal achievement, the impact a healthy environment has on their children, and ways to promote it as parents. Every tool serves a purpose, from guiding those who are implementing the program, the science behind how a healthy environment positively influences learning and academic success, answers to potential concerns in the road to change, and a mini-quiz to reinforce what had been learned in the workshop.

It was decided to translate the RD Empowered Parents for School Wellness from English to Spanish for two main reasons: the barriers for school wellness are similar between the Hispanic countries and the United States and, most important, although the School Lunch and Breakfast programs vary among Hispanic countries (even sometimes there is none), benefits can be extended to all populations. Translation of the materials to Spanish was a faithful interpretation of the original version in English. Format, images, logos and structure were maintained in every tool. Adaptation to the Hispanic population was minimal for the reasons mentioned beforehand. All materials were initially translated. However, we consider that Simple Facts About School Meals would not be meaningful to the Hispanic population, as it is specific to the US School Lunch and Breakfast programs.
Unfortunately, we were not able to find a place where the program could be implemented. We contacted the following schools and community centers: Liceo de Monterrey, Regio Country, Necali Centro Educativo, and Centro DIF Valle Verde. The motives behind the negative responses were diverse: ‘we are interested but have everything planned for the rest of the year’, ‘we would want it but next February 2020′, among others. We also consider the denial of the request was related to a potential conflict of interest with the food sale at school vending or the fact that it is not a priority for the schools. It has been observed in previous studies and I know from personal experience that, although there are food sale regulations at schools, these are not followed for several reasons, which to my knowledge have not been addressed and thus could be affecting the openness to the present workshop.

I´ll continue asking for permission to apply this training since it´s important to test this translation. Besides it´s our goal working towards a common objective, which is to promote healthy eating habits and an active lifestyle in the population. 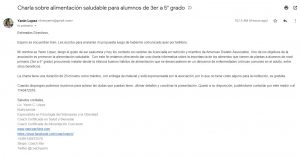 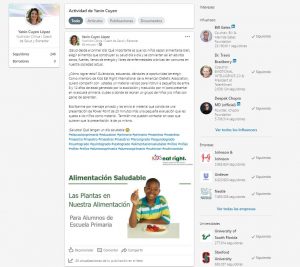 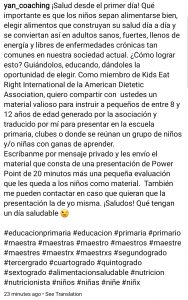 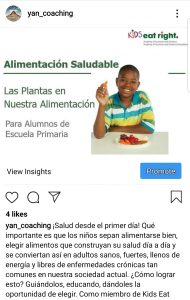 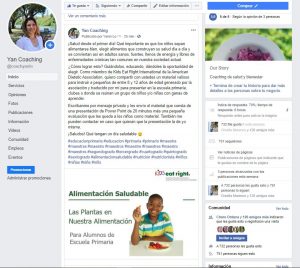 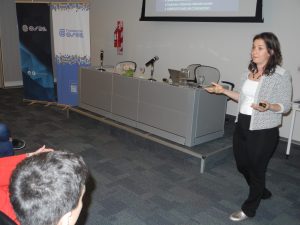 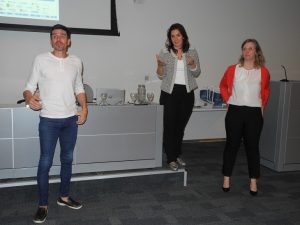 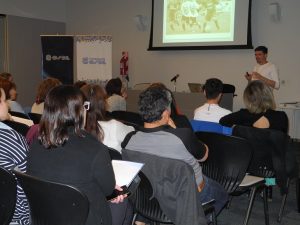 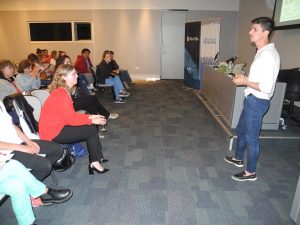 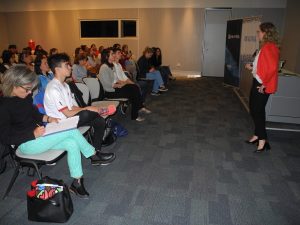 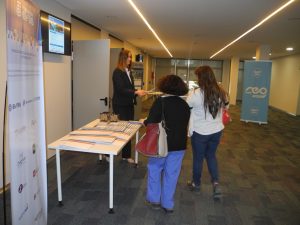