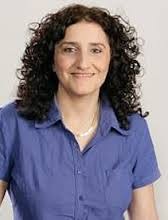 It is with great pleasure that I introduce the CR for Israel, Brigitte Kochavi. Brigitte is an expert in pediatric nutrition and specializes in eating disorders. Brigitte champions both the contributions that Israel can provide in the world of nutrition, as well as, the importance of maintaining a global network of dietitians for continued learning.

Brigitte was born and raised in France. After completing just one year of pharmacy Lyon University in France, however, Brigitte made the courageous decision to move to Israel—by herself—at the young age of 19 years old. Although she first considered studying agriculture upon first arrival, Brigitte later switched focus to nutrition and graduated from Jerusalem University with a Bachelor of Science in Clinical Nutrition.

Post-graduation, Brigitte took a dietetic internship placement at Sheba Medical Center in Israel. This decision proved to be especially advantageous considering that she has continued her career there for the past 30 years. A hard-working wife and mother of three children, Brigitte now acts as the Deputy Director of Nutrition leading a large team of 23 pediatric dietitians at Safra Children’s Hospital (Sheba Medical Center). Her expertise in pediatric nutrition involves both clinical work and has also lent itself to several research publications.

Like many other countries, obesity and type II diabetes are on the rise in Israel. Brigitte explains, however, that there has been a major push toward policy reform within the Ministry of Health to address these trends. In 2019, the Ministry of Health announced new regulations for nutrition labeling with the intention of assisting consumers in purchasing healthier food options. Going further, children are also eligible for free nutrition consultations each year within the healthcare system in order to combat obesity and type II diabetes.

Keeping in line with the Mediterranean diet, Brigitte talks passionately about some of her favorite Israeli foods. She describes eating a traditional salad for breakfast consisting of fresh cucumbers, tomatoes, onions, and drizzled with olive oil; and, of course, additional favorites such as tahini, hummus, and falafel.

Despite the long tradition and known health benefits of the Mediterranean diet, the rise in obesity has also resulted in the growing popularity of several fad diets, including the gluten-free diet, paleo diet, and keto diet, as a means to lose weight.

Brigitte maintains that there are many opportunities and also a great need for dietitians to educate the Israeli population in healthy nutrition practices. Going further, Brigitte also asserts that the free healthcare system in Israel provides an ideal setting for future policy initiatives that will work to tackle epidemics such as obesity and type II diabetes.

Nevertheless, Brigitte goes on to highlight that one of the major challenges is the need to constantly reassert evidence-based dietitians as the nutrition expert, in contrast to nutritionists and other health coaches.

Becoming involved with the IAAND seemed to be an easy decision for Brigitte. She is passionate both about the role that Israel can play in dietetics as well as the importance of maintaining a global network of dietitians and health professionals. As Brigitte emphasizes, collaboration—working together and sharing ideas—is the best method to effectively combat the growing obesity epidemic and other diseases. 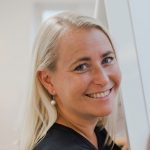