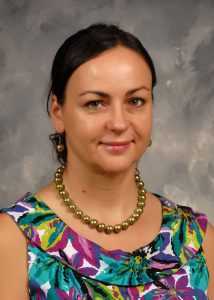 CR for the Czech Republic

It is with great pleasure that I introduce the CR for the Czech Republic, Terezie Tolar Mosby. Terezie is a multi-talented, and seemingly tireless, woman with a truly impressive career in international research, clinical nutrition, and education.

Born and raised in the Czech Republic (then Czechoslovakia at that time), Terezie’s interest in nutrition first began during high school. At that time, however, it was not yet possible to study nutrition at university in Czechoslovakia. Instead, Terezie decided to study medicine in Prague. Luckily after just one year, a new bachelor degree opened up—a Bachelor in Nutrition and Public Health—which Terezie quickly transferred into and officially began her education in nutrition.

As a post-bachelorette student, Terezie first worked as a lactation consultant and nutrition specialist in international nutrition research. She spent time in many different countries, including Mexico and Argentina, and collaborated with local nurses and dietitians to improve the health of children and mothers with limited resources through nutrition.

Eventually, Terezie migrated to the United States and completed a Master of Science in Clinical Nutrition as well as the dietetic internship and later her doctorate degree at the University of Memphis. From this point, Terezie worked as a registered dietitian for 10 years at St. Jude’s Children’s Research Hospital (SJCRH) and even reached the level of Clinical Dietitian III. During this time, she continued her research in international nutrition. Terezie worked closely with international outreach programs at SJCRH in low- and middle-income countries in order to improve survival rates for children with cancer. Amongst other projects, she helped tailor nutrition guidelines for children to the specific culture and resources of the country.

After working as an adjunct professor for some years, Terezie made the decision to switch to academia full-time. Presently, she is an associate professor in the Department of Food, Science, and Nutrition and Health Promotion at Mississippi State University where she continues her research but now with a focus on taste genes and the microbiome. Last, but certainly not least, Terezie now also serves as the dietetic internship director at Mississippi State University.

Traditional Foods and Current Foods Trends in the Czech Republic

Terezie describes Czech cuisine as similar to German cuisine. Traditionally, its staples include a significant amount of meat, potatoes, dumplings, and beer and a limited supply of fresh fruits and vegetables. While such a traditional diet certainly poses a challenge to the health of a country, Terezie also emphasizes that Czech culture is becoming increasingly more health-conscious in the recent years. With more and more people becoming vegetarians or vegans, there are more healthy foods available, including fresh produce in grocery stores and entire restaurants devoted to serving healthy dishes rather than just the traditional dishes. Although positive changes are certainly occurring, Terezie explains that the higher price of some of these off-season fresh fruits and vegetables still pose a challenge for some Czech people to adopt a healthier lifestyle.

Another interesting food trend that Terezie witnessed in the Czech Republic occurred during the late 1980’s. After the Velvet Revolution, Terezie explains that the Czech borders finally opened up to the rest of the world. Over time, this allowed more foreign cuisines to enter into the country, which effectively expanded the country’s own palate beyond the traditional staples. Before the Velvet Revolution, it was unheard of to eat anything outside of the traditional meat, potatoes, and local fruits and vegetables. Now, one can easily buy “fresh pizza prepared by Italians, sushi made by Japanese, and Greek food made by Greeks” in the Czech Republic.

Although a welcomed addition to the Czech cuisine, Terezie still maintains a great fondness for some traditional Czech dishes. Every Saturday morning, she prepares Plačinky, which is essentially a crepe with fruit filling. On Christmas Eve, Terezie also still cooks the traditional carp soup.

When considering Terezie’s career, it is quite obvious that her career champions the importance of international relations and collaboration in nutrition and health policy. Terezie explains that she was a member of the IAAND for a long time and has always felt that the IAAND served as an important outpost for expats because it is an important means to maintain an international perspective. And, it is for this very reason that Terezie is now taking an even more active role in the IAAND as the CR for the Czech Republic and the International Project Coordinator. 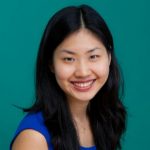 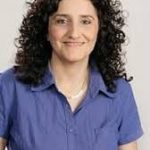