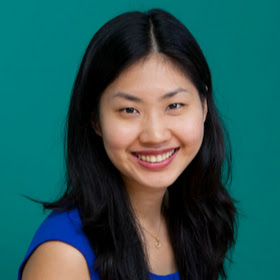 It is with great pleasure that I introduce the CR for Australia and the current chair of Strategic Communications, Lily Chen. Lily is a multi-talented dietitian with a diverse array of experiences in nutrition, including clinical-care, teaching, management, private practice, and research.

Originally raised in Los Angeles, California, Lily initially made the move to the east coast in order to complete her university education in New York city. She received a Bachelor of Science in Nutrition, Food Studies, and Public Health from New York University (NYU) and subsequently completed a Master of Science in Clinical Nutrition at the University of Buffalo. After graduating, Lily first worked as a dietitian in a rehabilitation center for about two years before becoming a manager of clinical nutrition at a small hospital in upstate New York.

After a year and half working in management, Lily made the even bigger move of relocating to Sydney, Australia. Since dietitian credentials do not immediately transfer between the United States and Australia, Lily initially worked as a research assistant in cardiology, while simultaneously taking the necessary steps to obtain her Accredited Practicing Dietitian (APD) credential in order to allow her to practice in Australia as a dietitian. Now with her APD in hand, Lily splits her time working part-time in research and part-time in a private practice with a neurologist.

Similar to other western countries, Australia is currently grappling with the rise of cardiovascular disease, type II diabetes, and childhood and adult obesity.

The rise in cardiometabolic diseases is seen even more prominently in the Aboriginal populations in Australia who suffer from higher rates of obesity, heart disease, and type II diabetes. Considering their increased risk, efforts are being made in Australia to provide nutrition services that are both culturally- and spiritually-appropriate for the Aboriginal populations.

The Dietitians Association of Australia (DAA) is the official Australian dietetics association responsible for the accreditation of dietitians and, thus, administering the APD credential. There are a number of DAA certified university programs in Australia, whose programs encompass both didactic learning as well as a built-in internship placement.

For overseas qualified dietitians, however, the process of having their credentials recognized and gaining an APD is slightly more complicated. Foreign educated dietitians must first undergo Dietetics Skills Recognition (DSR), which involves three components. The first part consists of assessing one’s eligibility to sit for the dietetics exam, which involves sending in academic transcripts for approval by the board. After receiving approval, one can move on to the second step of completing a written examination in the fields of foodservice, clinical nutrition, and community nutrition. The third step is an oral counseling interview examination often involving a case-study. Even after passing these three steps, however, the first year with an APD is still considered provisional. During the first year, the candidate must meet with an APD mentor at least once a month in order to further assess professional competencies before being officially awarded an APD.

Although not a native of Australia, Lily notes that breakfast appears to be especially beloved in Australian culture. Fondly referred to as “brekky” or “brekkie” for short, breakfast is often available all-day in cafes and restaurants in Australia.

Nevertheless, Lily goes on to highlight that one of the major opportunities of working in Australia is their ground-breaking research in nutrition, best exemplified in the low-FODMAP diet.

Overall, Lily asserts that her chief motivation for involvement with the IAAND was and is to maintain ties with the dietetic community. Formerly a member of the Greater New York Dietetic Association, Lily found that involvement with such professional practice groups proves extremely helpful in both providing support and gaining inspiration from other dietitians—which becomes even more important as an expat dietitian! 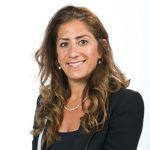