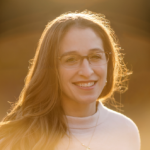 It’s no wonder it took nearly two years of my CR Chair term to connect with our Japan CR. Amanda is a young mother of two small boys, a Rutgers PhD graduate and fellow alumni of the Florida International University’s Master’s program.  This working mom stays busy 24/7 as she juggles her family’s needs and a career as a nutrition research consultant, author & community educator for parents of young children.

This self-proclaimed nomad and native upstate New Yorker found her soul mate in Miami. Her like-minded world-seeking traveler and attorney husband Jesse was thrilled that Amanda agreed to move to Japan after he accepted a position with his law firm’s Japanese client.

In just 8 years of marriage they have lived in 11 homes stateside but when the opportunity presented itself to move to Japan for work, they packed their bags for the new adventure. They live in a ExPat dense Minato area of Tokyo where their son Miles attends an international school and Amanda works from home while caring for their 5 month old son, Zeke.

As a former FDA Research Fellow, Amanda has research expertise in nutrition labeling and packaging, clear communication in consumer materials and marketing as it relates to childhood obesity in the United States. Most recently, she worked on a project to assist a food company to improve its standing on the Access to Nutrition Index; a third-party benchmark that aims to “encourage companies to increase access to healthy products and to responsibly exercise their influence on consumers’ choice and behavior”. She currently is investigating nutrient profiling and its role in the regulatory environment to improve health and quality of life in vulnerable populations.

Amanda is dedicated to sharing what she’s learned through articles and presentations to consumers, practitioners and researchers. She is also passionate advocating for  science-based policy and has served on: the Advocacy Committee as an Early Career Member, The Obesity Society (2013-2015); Policy Committee Member in the Public Health/Community Nutrition Practice Group, Academy of Nutrition and Dietetics (2010-2014); and Food Policy Committee and Communications Committee Member, Food Systems Network New York City (2012-2014).

In her spare time, she stays fit and volunteers to register US citizens to Vote from Abroad.

Japan has one of the lowest rates of overweight and obesity in the world. However, diabetes, hypertension, cardiovascular disease and cancer are prominent health issues experienced by nationals. The Japanese diet can be high in sodium which is typically consumed in soy sauce, processed seafood, soups and preserved vegetables. Japan also has one of the highest life expectancies in the world and accordingly, there is a growing population of older adults in relatively good health and limited disability.  However, as the population grows, nutrition issues related to disability will likely increase.

With about 50,000 Dietitians in Japan, there are no shortage of food and nutrition professionals. To work outside the expat community, one must master the Japanese language, be educated and trained at a training facility (accepted by the Ministry of Health, Labor and Welfare) and pass a national certification exam.

Foreign-trained RDs may practice privately in the expatriate community, so long as she identifies herself as a “foreign-trained” RD.

There is so much to say about Japanese food and cuisine. “Food is worshipped” in Japan, according to Amanda. Eating is intentional and viewed as an occasion to relax and enjoy the company of loved ones and friends without rushing. Eating on the run is taboo, it’s hard to find a Japanese man or woman nibbling on a fast food burger on the subway. Food portions are also nowhere close to your typical American size portion, it’s no wonder Japan has one of the lowest obese rates for a modern culture.

And Amanda has learned that her observations about food in Japan are consistent with the Japanese law of shoku-iku or food and nutrition education. Shoku-iku teaches students in school about how they can eat and live for a healthy lifestyle.

People are incredibly proud about the quality of Japanese food. Some chefs have dedicated their lives to perfecting one dish. Amanda and her husband have been happily eating their way through Tokyo where they’ve experience a range of delicious cuisine like Japanese curry, grilled fish, ramen, sushi, and tempura. But Amanda’s most amazed by the food at convenience stores in Japan, where she gets her favorite snack, onigiri. Onigiri is a triangular or circular ball of rice, filled with just about anything like fish, natto, or egg and can be grilled with soy sauce or wrapped in seaweed (“nori”). Her favorite onigiri contains grilled salmon belly wrapped in seaweed.

For more information on dietetics practice in the Japan: https://eatrightinternational.org/wp-content/uploads/2017/10/cis_japan_2017.pdf

If you like to read some of Amanda’s published papers, they include:

Co-author [internal] on behalf of The Obesity Society Advocacy Committee. Position Statement: Dietary Supplements Being Sold as Medicinal or Curative for Obesity. 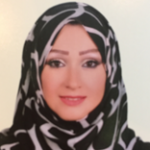 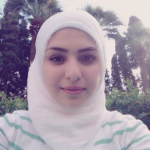